5 of the weirdest HIV transmission myths ever

Get a reality check on some of the most bizarre rumours about how HIV is transmitted.

There’s only a few ways that you can get HIV but, at Avert, it seems that we’ve heard it all when it comes to the many myths and misconceptions about HIV.

A lot of these stories circulating on the HIV rumour mill are old, outdated and more importantly, misinformed. In fact, many of these myths just keep reinforcing HIV-related stigma and have had a long-lasting and damaging impact on many people’s perceptions about how the virus is spread.

Myth 1: Girl goes to cinema and comes out with HIV 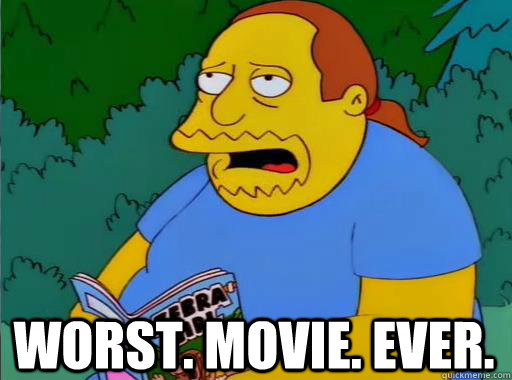 Rumour: During the 1990s, a common myth suggested that discarded needles left by strangers anywhere from gas pump handles to inside your cinema chair were infecting unassuming people with HIV. One such story involved a girl getting an unexpected needle stick injury while reaching down beneath her cinema seat to pick up some popcorn.

Reality: Although HIV transmission is a risk between people who share needles for drug use, there has actually never been a recorded case of HIV transmission from a discarded needle. However, if you are concerned that you have received a needle stick injury, you should seek medical advice to get checked up for hepatitis C and B instead.

Myth 2: There’s something wrong with this banana…

Rumour: Pictures of red-pigmented fruit (such as bananas or oranges) still circulate the web even today. They are usually accompanied by warnings not to eat them because they have supposedly been injected with HIV. Similar food-related HIV transmission rumours include tainted ketchup, pizza with toppings of bodily fluids and pineapple vendors accused of deliberately selling contaminated fruit.

Reality:  You cannot get HIV from food of any kind, including fruit. Even if HIV contaminated blood did get onto the food you’re eating, the virus doesn’t live long enough outside of a human body for it to be transmittable.

Myth 3: I got a pedicure and HIV from some fish in a shopping centre

Rumour: Getting pedicures from Garra rufa fish – which nibble off dry skin - was once a popular beauty fad. However, many salons offering this service closed as a result of news outlets spreading the rumours that fish in these tanks were spreading blood-borne viruses such as HIV and hepatitis C between consumers.

Reality: HIV stands for Human Immunodeficiency Virus which means transmission of HIV only happens between humans – you can’t get HIV from animals, insects or fish. There are no cases of HIV infection due to the use of fish baths, or as a result of any other water-borne route including the use of swimming pools or spas.

Rumour: ‘For the next few weeks do not drink any products from Pepsi, as a worker from the company has added his blood contaminated with HIV (AIDS)…’

This SMS message, which was falsely linked to the United Kingdom’s Metropolitan Police service in 2017, suggested that a line worker at Pepsi was secretly contaminating cans of fizzy drink with the virus.

Reality: This message has been circulating the web in different formats since 2004 and is incredibly damaging. Even if there was blood found within the drinks cans, HIV can’t live outside of the body long enough for it to be transmittable.

Myth 5: Teen diagnosed with HIV after getting a hair weave at salon

Rumour: In 2015, a rumour in the US reported that a girl in Georgia had contracted HIV at a hair salon because the needles used to fix the girl’s weave to her scalp were dirty. The girl was supposedly diagnosed a week after her makeover, despite never having had sex or used intravenous drugs.

Reality: This story was later reported to be a work of fiction by its author, but it is worth noting that transmission of HIV from stick injuries even in medical settings is extremely rare. The claim that someone can be diagnosed with HIV a week after exposure is also incorrect – as it can take from two weeks to 3 months for an infection to be detected by modern HIV tests.

Get the facts about how HIV is really transmitted and ways to prevent infection.

Learn the facts about COVID-19 and what it means for people living with HIV.